These last 4 years in America living under the Trump administration have felt as long, hard, and emotionally exhausting as the 4 years I spent in law school and studying for the bar exam.

Every day has been tumultuous, inside and out. Am I going to make it through the next 48 hours to Inauguration Day? Who knows?! Are you?

I wanted to write down some thoughts on the Insurrection that took place at the Capitol on January 6, 2021.

There may be some readers that have read my book or many of the pages here that think I should be pleased with what occurred. Isn't this what I wanted?

Nope. Not at all and not for this. A revolution of consciousness does not require zip-ties.

These people were not fighting for change, equality, or for a better quality of life. They were fighting for a man-baby that didn't get his way. 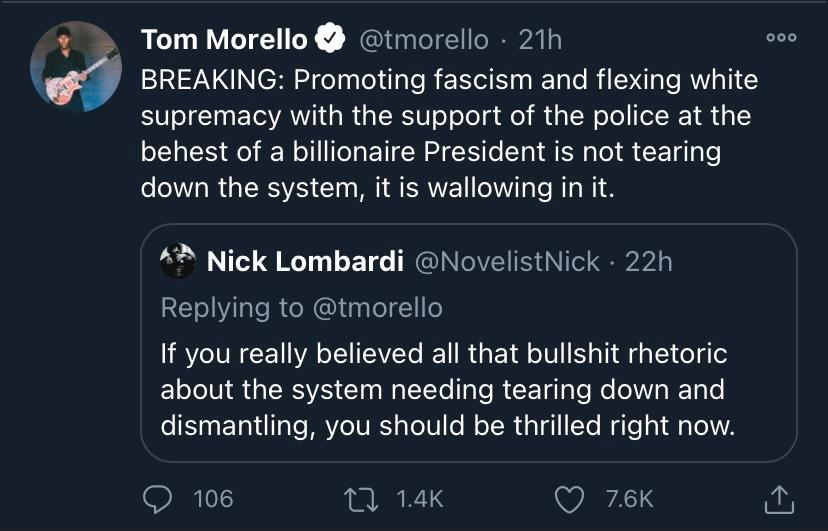 These people that stormed the Capitol are delusional and frankly stupid. Their ignorance has been weaponized. They were revved up and turned loose over fantasies.

There is a small part of me that feels bad for them for they know not what they do. It gives me no pleasure in calling people stupid but they have become such a danger to others and themselves and now democracy that it's long past time to call it what it is.

Much like their messiah, they don't care about facts. They are unable to think critically. They don't know how to make a logical argument or use deductive reasoning. They don't question anything they are fed.

They have complete faith in their orange grumpkin that can't think straight or speak in complete sentences. Why? Because they can't either? His profound stupidity makes them feel smarter? They need a strong male figure to follow?

Over the last few years Last Week Tonight with Jon Oliver had a reoccurring joke calling one of Trump's many scandals "Stupid Watergate."

It is called "Stupid Watergate" because, according to Oliver, it is "a scandal with all the potential ramifications of Watergate, but where everyone involved is stupid and bad at everything."

The question was always less "What did the president know and when did he know it," as it was "Is the president physically capable of knowing things at all?"

The month before the 2020 election, my Senator, Brian Schatz, laid out exactly what was going to unfold with the election results when he said this:

"I want everyone to picture in their mind's eye that the data shows that Donald Trump is going to be ahead in same-day voting and deeply behind in mail-voting, both legitimate ways to vote. Donald Trump will declare victory and declare that the continued counting of lawful votes is a coup and that people should rise up.

And these social media platforms should not publicize election related misinformation regardless of whether Ted Cruz or Rick Scott or anyone else in the Republican universe considers that to be biased. Because there are some principles that go beyond our partisan objectives."

Trump was also well aware that this would be the case which is why he began fucking with the United States Post Office by removing blue drop off mail boxes and mail sorting machines within the post office all in an effort to slow or halt the delivery of ballots.

"To abandon facts is to abandon freedom. "
- Timothy Snyder

Any fact Trump does not like, he calls fake with total conviction.

NONE of Trump's statements have ever been based in reality. He is completely factless. Which is why over 60 of his lawsuits trying to invalidate votes from the 2020 election were thrown out of court. He has no facts! Thank God the court of law still requires them.

Some important excerpts from the 3rd Circuit Court of Appeals ruling:

Even after ALL of his lawsuits failed, nevertheless, he persisted.

The guy complaining about having the election stolen from him continued to try and steal the election.

He instigated yet another Stupid Watergate when he was recorded complaining to Georgia's Secretary of State on the phone for an hour trying to persuade him into "finding" Trump more votes.

Having no facts, he failed again. 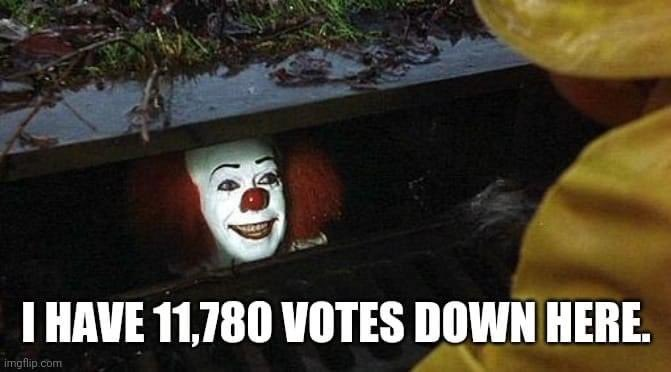 He got mad at his own fluffers at Fox News for reporting the fact that he lost the election.

When the director of the Department of Homeland Security said that this was probably the most secure election that's ever been run in the United States; that there was no evidence that any voting system deleted or lost votes, changed votes, or was in any way compromised - he fired him.

Trump is not used to being told no or not getting his way. Having exhausted all other options to overturn the election, he then turned to his supporters.

On January 6, 2021, I was reading in my room with the door shut and I could hear Trump screaming belligerent nonsense from the TV in the other room.

He screamed, "This election was stolen from you!"

And now 5 people are dead. For a lie. For a stupid lie from a stupid petulant person.

According to a syllable using anonymous Internet message boards, Trump is waging a secret war against elite Satan-worshipping pedophiles in the government.

As if Trump could do anything in secret, let alone keep one. Please. This is why critical thinking skills are important! A logical argument requires that the premise supports the conclusion!

So, you're telling me that the same Donald Trump that purposefully inflicted trauma on innocent immigrant children by separating them from their families, some for good, who regularly violated the 2008 Trafficking Victims Protection Reauthorization Act is now going to save a bunch of children from a cabal of elite vampire pedophiles?

This guy? It would appear that the children need protecting from him!

The same Donald Trump that admitted to sexually assaulting women? This guy? He's going to save people from sexual predators?! He is one!

This guy? He's the savior?!

The Plaintiff in this case was just 13 at the time she said that she attended a series of parties with other minor females at Jeffrey Epstein's residence where Trump allegedly initiated sexual contact with her at 4 different parties.

The same Donald Trump who in 2002 said, "I've known Jeff for fifteen years. Terrific guy. He's a lot of fun to be with." 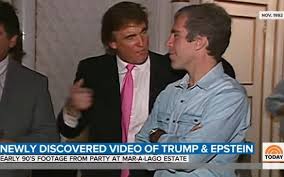 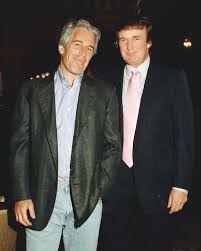 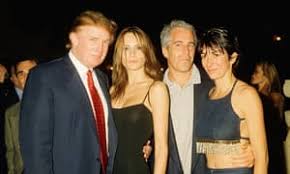 After Epstein's partner in crime Ghislaine Maxwell, the procurer of young girls from around the world, was arrested in her role in sexual exploitation and abuse of minor girls, Trump who is pictured above with her and Epstein said, “I just wish her well, frankly.”

What the fuck?! NO, SERIOUSLY, WHAT THE FUCK?!

Maxwell, when questioned about these underage girls, said "They're nothing, these girls. They are trash."

The guy that wished this monster sex-trafficker well is supposed to be the savior for sex-trafficking victims? This guy?

One of Epstein and Maxwell's victims, that managed to escape, claimed that she was recruited at age 15, from MAR-A-LAGO, where Trump had given Epstein and Maxwell unlimited access to teenage and preteen girls, whom they would tell they were recruiting for a modeling or massage agency.

Trump is an accomplice to sex-trafficking! Not a savior!

Epstein and Maxwell are not the only pedophiles and sex-traffickers Trump is friends with. Others include his former business partner Tevfik Arif, modeling agent John Casablancas, and George Nader.

You know what they say, "you are who you hang with."

On November 2, 2016, Trump's rape accuser was scheduled to have a press conference but it never happened. According to the Plaintiff's attorney, both she and the Plaintiff were threatened with violence. In addition, the attorney's computer was hacked. The attorney reported that the Plaintiff was scared into silence and dropped her lawsuit 4 days before the election.

How is this fucking guy going to stop the pedophiles? He is one! Trump has wanted to fuck his own daughter her whole creepy life. Ivanka's mother, Ivana, said in a sworn divorce deposition that Trump had raped her during their marriage.

Trump appointed an attempted rapist to the Supreme fucking Court!

I'll ask again, how is this admitted sexual predator the Chosen One??? It makes no logical sense! Look at the FACTS.

Trump's ghostwriter from The Art of the Deal warned long ago that Trump was a sociopath who would likely bring forth the end of the world if elected.

Well, here we are. 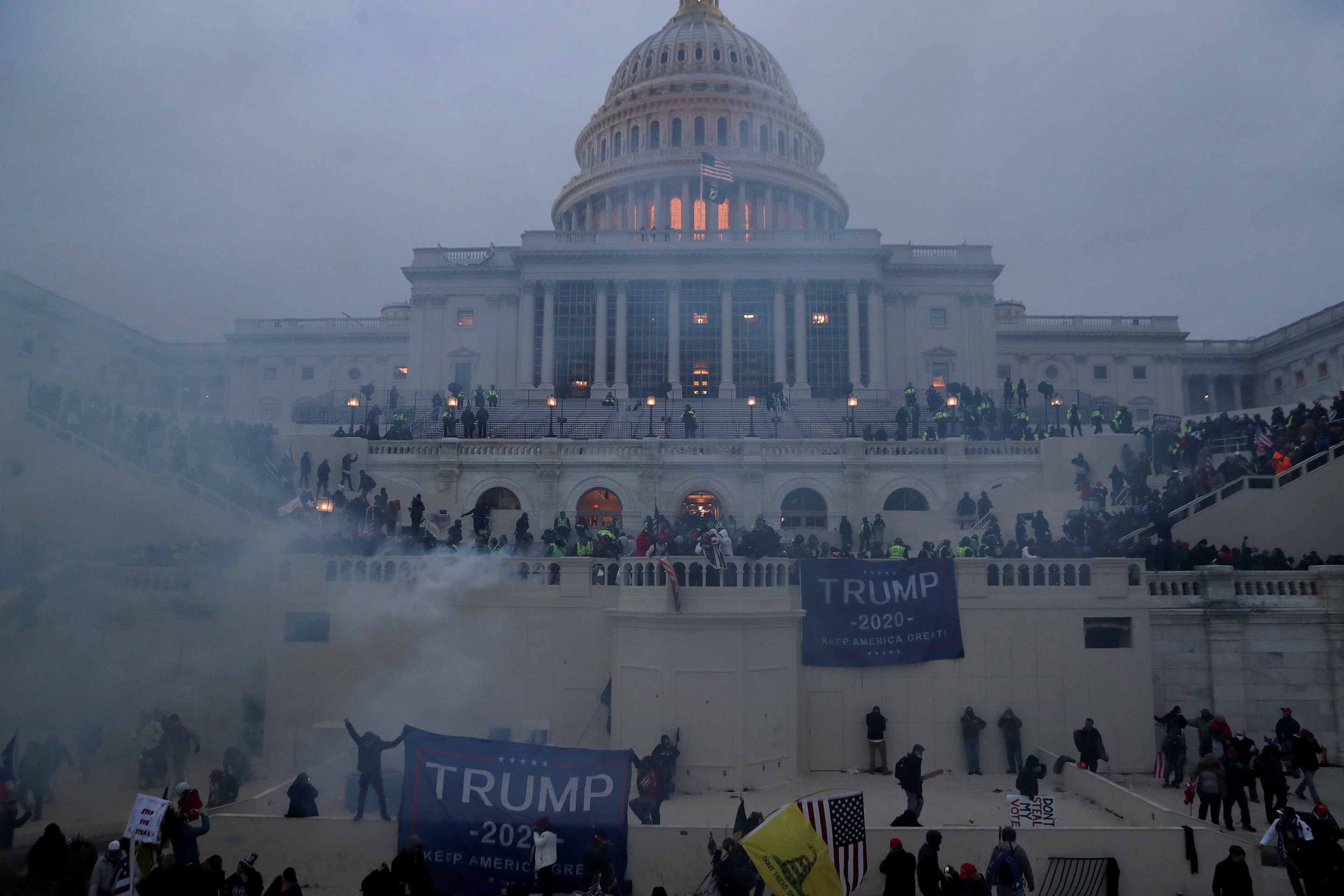 Related Article: What are we going to do about Q?