What is an Indigo?

An Indigo is someone that charts their own path. Indigos are free from social conditioning. We can't be manufactured into a prefab human.

What I mean by this is that from birth humans are molded and formed by their family, society, culture, and religion to fit into certain boxes. These final boxes have already been established and approved of. Many of our family members are already in these boxes. We're expected to take certain paths going from one box to the next before ending up as the final product: a normal human being.

What is a normal human being anyway? How can we know if everyone is trying to be like every one else? If everyone is conforming then no one knows who they are.

Conforming confines you to your box. It sets up the limitations for your life. Conforming robs you of your originality and all of the things that make you - you. The gift you give the world is the truth of who you are - not who you think others want you to be.

Indigos are box busters. We couldn't conform and do what we're told if we tried. We jump off the boxing assembly line once we realize that we're on it or discover where it's headed.

Some of us live in boxes of our own creation. Like boxes of obligation instead of our actual desires. Without awareness, you can't change it.

Many people are in this situation and all it takes is a chance encounter, like clicking on this website, for the box to come into view. Once you know it's there then you can break out of the box that you were born into. Once Harry was aware, he opted out. He's now charting his own path. He's doing what is right for him, and not for them. I mean just think of the power of the system he was beholden to. If he can do it, then you can do it!

Once you've seen the box you want to help break others out of theirs! Hi there, I'm Sarah, can I tell you about the box you're living in?

Indigos share a variety of common traits. Firstly, an Indigo would scoff and roll their eyes about being labeled Indigo because it's just another box. We want to be boxless. We are freedom seekers. Free from other's expectations. Free from limiting systems and ideas. Free from the various systems that run the world.

Our resistance to conformity makes us "difficult" in the eyes of others. We can't just do what we are told.

A normal job seems pointless to an Indigo and more like a death sentence. We need purpose. At the very least, to make some kind of meaningful difference. Indigos feel like we're here to do something big. We might spend our whole lives trying to figure out what that is!

We have a persistent feeling of homesickness even though we may be sitting in our own homes!

We yearn for major change at all levels of life.

Indigos are known as system busters. Those that came here to disrupt the status quo. We came here to tear down the current social, political, governmental systems, and more but not in a savage violent way. While we may have a warrior's spirit, Indigos long for peace and harmony like we find out in nature.

We see how things are currently being run, which is usually inefficiently and grossly unfair, and every cell of our being screams for change and common sense. We wonder why nobody seems to be doing anything about this? If something's not working, then quit doing it that way! Don't just be another cog running a useless or even harmful machine.

Which leads me to our bluntness. Indigos tell it like it is. This can be off-putting. People aren't used to being told the truth. This can cause a strong reaction in others. People either love us or hate us.

We have a natural ability to see and feel the truth about things that seem invisible to everyone else. We are quite capable at breaking down problems and having solutions. It's not rocket science. It's not that others don't have the same abilities, it's that they have a "this is the way things have always been done" mentality, or they are waiting for someone else to fix it.

What Does Being Indigo Mean?

Being Indigo means we came with different software. We're running on the new program and we're here to upgrade the others.

Because we're running on different software, let's call it 5D, we struggle with even the most simple things in the 3D world. Our struggles stem from trying to operate on the old program (the status quo). We just weren't built for it and so we experience complete social system failure.

We get frustrated because the others have the option to upgrade but they're so used to the program they have always used why go through the hassle of learning something new? These are the hold-outs. Their program is outdated and becoming obsolete but they are going to hold on to it until there's no other choice. That's where we come in.

We are here to bridge the old program with the new. We're here to train the newbies.

Unfortunately, many of them don't see the need or want for change. They tend to have the "this is the way it's always been done mentality" and they've managed to find comfort in it and have identified with the way things are. Upgrading would be a threat to their very existence. Everything they have ever believed in could come crashing down. But we've come to a point where there's no backing down.

Believe it or not help is here. Our numbers are exploding in this time of great change. We're facilitating this rapid awakening and expansion of consciousness taking place now - The Indigo Age or The Indigo Revolution if you will.

It’s about rediscovering who we really are and what is possible. We came here to bring Home here. Indigos that are self-aware are here to help the others to remember.

They also call us the light bearers, light workers, or light warriors. We’re here to light the flames of others to assist in their expansion, eliminate limitations, and destroy old paradigms and ways of thinking.

Darkness is drawn to light which is why we always find ourselves surrounded by those with unlit torches who don't get us. By shining our light, others will give themselves permission to shine theirs. Someone had to go first, we are that someone.

It is tempting to want to dim our light or even snuff them out so people can’t see us and won’t know that we’re different but doing this only increases our suffering.

Playing small won't serve, we have work to do. We signed up for this and the others didn't, so what does that say?

We’re badasses. Keep shining your light. Light them up.

Light shines brightest in the dark. 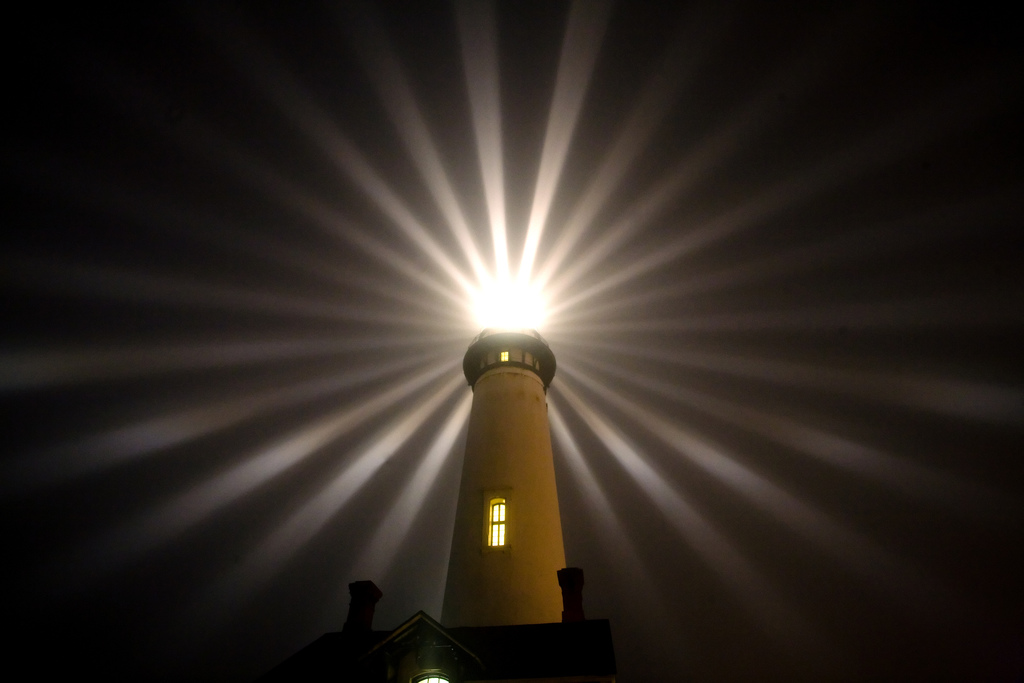 My book Indigo Revolution is out now.