I recently came across a question from a woman seeking some advice about her 10 year old son that made me go all kinds of batshit.

She said that her son is very smart and wise for his age.

He is extremely interested in famous battles, particularly WWII, and that he reads biographies on Military Generals.

He's been diagnosed with ADD because he can not engage in anything that is of no interest to him.

She is worried that he'll enter his teens without any friends, as he has yet to make one. His peers find his interests boring and so he hasn't made any connections.

Hello Mom, you have an Indigo Kid!

And, a reincarnated WWII soldier no less.

I blew a gasket over him being diagnosed with ADD. What?!

That is so outrageous!

I can't name even one peer, myself included, that has the attention span to read a WWII biography.

Who among us has the ability to engage in something we're not interested in?

I came across this quote last night and knew I needed to write about this kid, and all the others like him:

"The fact that millions of school children require medication on a daily basis so they can more easily assimilate into the culture of public schooling does not mean these children are damaged. It means something is very wrong with the whole idea of schooling."

Whether he's being medicated or not he still has been deemed unable to function as his school would prefer, and that is unacceptable.

Why do we keep doing this? What is it going to take to change our school systems?

School systems don't care about individuality, in fact it is discouraged. It's sole purpose is to get everyone to conform.

This is the exact opposite of the purpose of our very existence - to be our own unique expression of Source Energy.

Making people conform is hindering the expansion of our Universe. Indigos are nonconformists to their very core.

If we accommodated these kids instead of medicating them our whole society would change - which is exactly what they came here to do. It's their mission!!

Attention Deficient is not a disorder, it's a business.

They didn't come here to fit in the box, they came here to get us out of ours.

They are here to encourage us to make the changes we all want to see but never seem to do anything about.

These new kids coming in can't be controlled and can't take directions. They're unmanageable and unparentable.

Their behavior is "abnormal" to the old paradigm. They all have some "disorder" called living authentically.

They live in their own worlds. They're creating a new reality. They're incapable of doing anything they don't want to do.

If enough of these kids can't learn the way they're being taught, then the schools and parenting must change.

Why can't we allow kids to initiate their own learning?

What would happen if we allowed these "ADD" kids to focus on something they actually enjoy?

Should they be focusing on anything else than what they want to be focused on?

When we force someone to conform in a way that we want them to conform, we assault the part of their soul that came here to express what it is.

When the reality is that it's us that there's something wrong with. Conformity is confining. 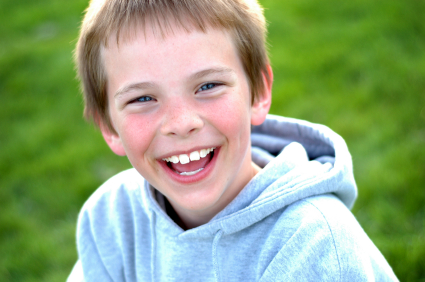 I was further perturbed because she posted a picture of this sweet boy and he was absolutely beaming. (That's not him ^)

He seemed absolutely happy and the thought of him having to modify who he is to make friends and be a good student makes me sad.

He would be just as miserable playing sports as one of his peers would be trying to read one of his books.

He doesn't have any friends right now and that's OK. Look at him for Christ's sake. He's fine.

Introverts are perfectly capable of entertaining themselves. They can figure things out and manage on their own.

My advice to you Mom is to quit your worrying. He'll pick up on it and think there is something wrong with him.

He will try to conform to appease you. He will sacrifice who he is to make you happy.

Just let him be. He will find people with common ground along his way. Try and find an alternative school that would be a better fit for him.

I would also recommend doing your own soul searching.

I have a suspicion that part of your concern for your son having no friends is that it leaves you out of the other mom's social club.


I can see how it could be distressing not having parties to attend or soccer games to sit at with the other parents.

You're a pioneer because abnormal is the new normal.