Alternative Methods
for Dealing with Anxiety

"Trust me, in this day and age, it's sicker not having panic attacks. Since when did pretending everything's okay suddenly become the almighty norm?" - Darlene Alderson, Mr. Robot

After attempting to go the traditional route in dealing with my anxiety, I immediately started looking for alternatives after the traditional doctors brought up using antidepressants after just one conversation with me.

It doesn't sit well with me for a psychologist to validate my anxiety by saying, "no wonder you have anxiety" and then recommend taking drugs in the same breath. I don't have a chemical imbalance. 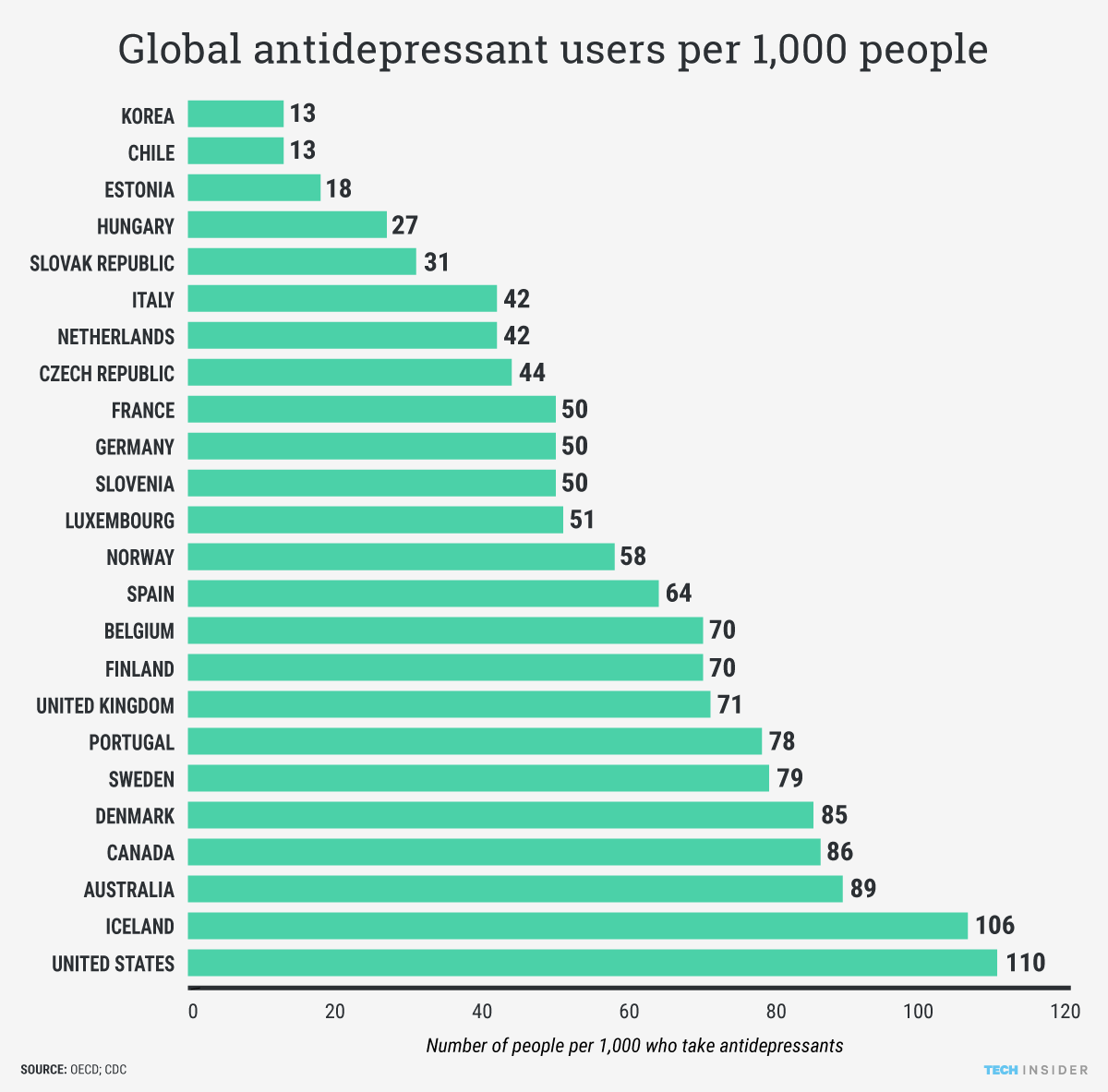 *Though South Korea has one of the least amount of antidepressant users, they have the highest suicide rate. Struggling with mental health is seen as a weakness so they are less likely to seek help.

There's no shame in taking antidepressants.

Not everyone has time and resources to find alternatives. People with school, job, and family demands need to be able to function as soon as possible.

However, it is my personal preference not to take chemical pharmaceutical antidepressants for a number of reasons. I've been on a quest to try just about anything else.

The day after I quit therapy, I went to a naturopath that was able to determine both the emotional and the physiological reasons I was currently being crippled with anxiety in about five minutes.

Using a method similar to the Neuro Emotional Technique, he was able to pinpoint the exact month in which my latest bout with emotional distress began.

Having that awareness, I immediately knew what events had occurred during that time period.

It is so interesting to learn that I was still struggling with some things at the subconscious level. You can't just sweep your problems under the rug and carry on.

Additionally, he was able to determine that the emotional distress I was experiencing had caused my body's ability to deal with stress to deteriorate.

I don't remember all of the medical jargon about neurotransmitters, serotonin, and what-not, but basically my stress hormones were all depleted and my adrenals were working in extreme overdrive.

Cortisol prevents the release of substances in the body that causes inflammation, which is why my skin was so inflamed!

I was given a number of dietary herbal supplements to help restore my physiological symptoms. In addition, he cleared out the negative emotions that were causing me to suffer.

I could have gone to a psychologist for years and never gotten that much help! And, it was cheaper than a one hour session with my psychologist!

A few days after my visit with the naturopath, I stumbled across one of Author and Spiritual Teacher, Teal Swan's online synchronization workshop videos. These are events where she facilitates emotional healing. (These used to be available to watch for free but now you must pay a small fee to access. The workshop I watched was from June 2015.)

An audience member submitted a question regarding hair loss. Teal said that the questioner, as well as the whole audience's primary struggle, or dominant vibration, was "failure stress."

Fear of failure was causing dysfunction in the majority of the audience.

Oh my god! That's me! I have been working on writing a book which I have made myself feel like my life depends on succeeding at.

Teal said that those of us suffering with failure stress leave very little room in our lives to make a mistake. We are very hard on ourselves and that hardness is depleting our hormone levels.

The depleted hormones are a symptom of how hard you are on yourself.

The reason for the failure stress and why we are so hard on ourselves is because we have "rejection trauma."

She said that rejection trauma, for most of us, is related to our mothers (but could be some other person). This trauma made us feel not particularly important to that person in our lives and this created a trend.

If you look back through the totality of your relationships there is a trend of not feeling important to somebody. So it's like you're walking on eggshells trying to make sure you don't make a mistake, because you don't want to loose any more value. You don't want to be rejected any more than you already have been.

With this new found awareness, maybe I can stop myself from having another downward spiral into anxiety in the future - at least when it comes to working on this project.

It has been a little over a week now since visiting the naturopath and being more cognizant of the pressure I put on myself, I woke up this morning with a strange sensation...I actually feel good!

Just after my last update, I read the book, I Need Your Love, is That True?  by Byron Katie and wow it has further helped me to eliminate my anxiety by teaching me how to question my thoughts.

I have known about Byron Katie for a few years and had seen a few of her videos on Youtube but this was her first book I've ever read. I've always felt resistance towards her teachings known as The Work up until now.

I just wasn't ready. But now I can't recommend them highly enough!

Basically when you believe your thoughts, you suffer and suffering is optional. She teaches you 4 simple questions to ask yourself:

I have now finished her book Who Would You Be Without Your Story?  I'm keeping this one on the shelf. It's a great resource.

I'm still feeling pretty good. My skin is completely clear. I haven't had any meltdowns or panic attacks.

I'm learning to give myself the approval I've been striving to get from others. I don't feel the weight of the world on my shoulders right now nor do I sense a gun to my head threatening me to become "successful."

One Year Update: I fell off the wagon and struggled with anxiety pretty badly the entire month of July, I wrote about that here.

After recently struggling with a bout of depression, I found another alternative to medication for dealing with both anxiety and depression called Access Bars®

You can read about how I got involved with this here half way down the page. Or watch here:

After being in such a deep funk, I was amazed and relieved by how quickly I started feeling like myself again after just one mini introductory session.

Incredible! And, so easy! They say that at worst that you will feel like you just got a great massage and in the best case scenario - your whole life can change.

I now have my bars run as a regular course of maintenance to manage anxiety & depression. I can't explain how or why it works. I just know that it does.

As soon as I feel that black cloud rolling in I get my bars run. Instead of having that cloud live inside me for weeks at a time, I have it dissolved in minutes.