The Misadventures of an Indigo:
At the Shrinks Office

Ever since my last job, I wrote about in Hell Fire, every time I start feeling anxious, I start scratching.

It's in a response to a never ending itch deep in my nerves. My nerves are so inflamed. I can't scratch long enough or deep enough to satiate the irritation. I scratch in my sleep. I start scratching the second I'm awake. Nothing can make it stop!

Every time I scratch, my skin gets worse. I get covered in red patches, they bleed, they ooze, they stick and dry to my clothes, they burn when I jump in the ocean, it gives me more anxiety.

It is a never ending cycle of misery. 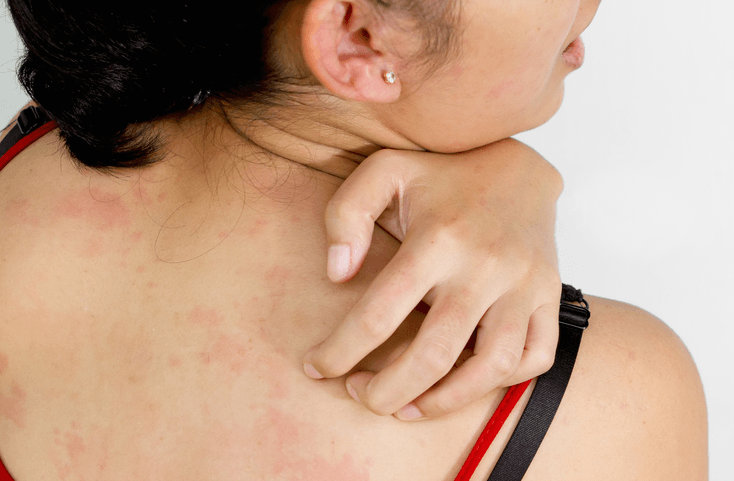 When I'm having anxiety, I fantasize about being hooked up to a morphine drip and slipping into a coma so I can stop scratching.

But usually after a few months, yes months of trying to get a grip on my anxiety by myself I finally throw in the towel and go to the dermatologist to treat my poor skin.

So I went to the dermatologist for this itchy skin problem for the third time in about a year and a half. The doctor told me it is often stress induced (duh) and basically told me to get a grip. 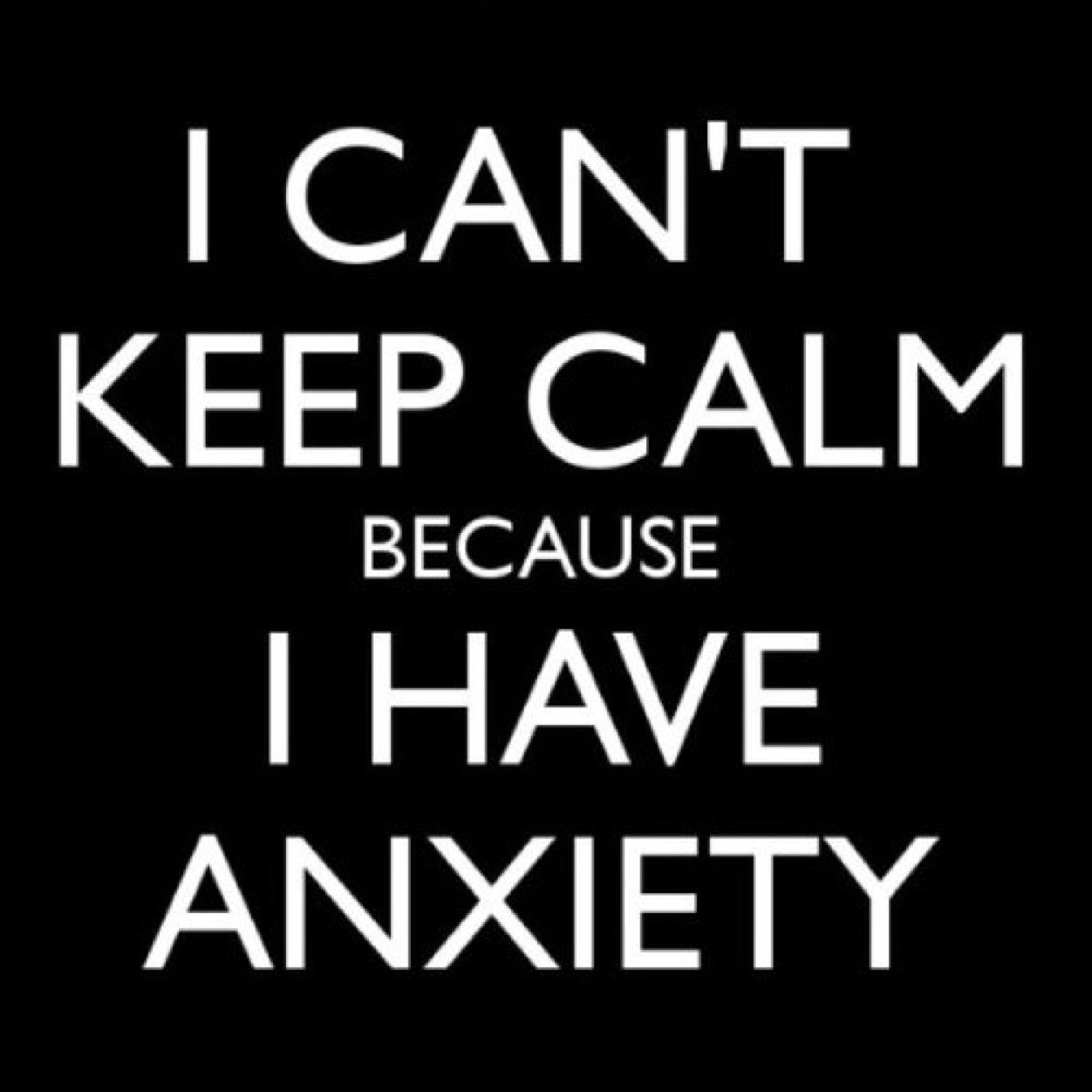 I got a steroid ointment that I can only use for 10 days at a time in a 30 day period because the ointment thins your skin. So the clock is ticking. I have 10 days to figure out how to defeat the underlying issue(s) causing my anxiety before I start scratching again.

I mentioned my anxiety to a neighbor, who suggested it might be caused by a hormonal imbalance. I called my OB and asked if my birth control could be causing me anxiety. She said no, if anything it would make me more emotionally level.

She suggested I talk to a psychologist and gave me a referral. 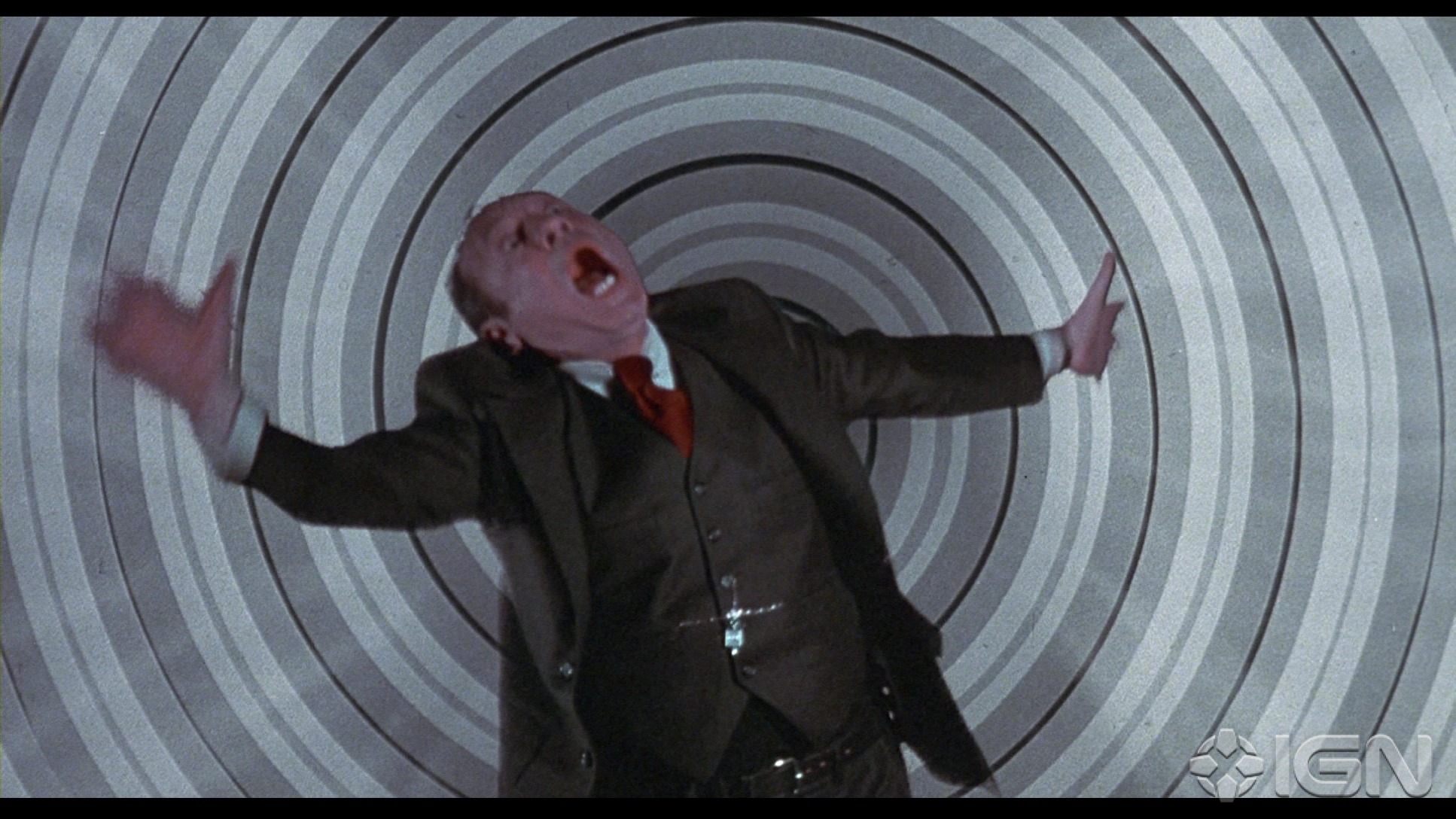 It took me a day and a half to work up the courage to call the psychologist and make an appointment.

When I finally made the call I ended up getting her machine and leaving an extremely anxious rambling message about needing help with anxiety.

Good lord I was a mess.

She called me back and set up an appointment for the very next day and then I proceeded to have an absolute meltdown. 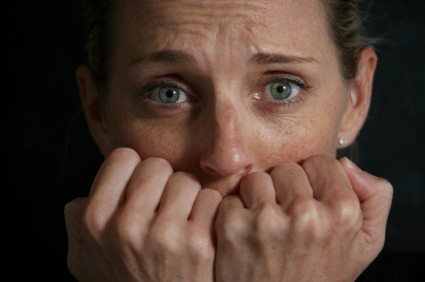 I'm having a meltdown because I didn't know what to expect. Fear of the unknown.

I'm freaking out because the therapist's office is in a part of town I always get lost in. (Yes, I live on an island and still get lost, fuck off).

I feel dread and guilt about the cost ($150). I'm afraid she's going to be a bitch because she seemed demeaning on the phone. I really don't want anyone else knowing my problems.

However, this anxiety has been going on for years now and I have shit that I'd like to get done and need to be able to function.

Additionally, it would be nice not to look like I have a flesh eating virus, especially living in place where you wear a swimsuit year round.

First Day at the Psychologist

I get there super early, because just the thought of being late gives me anxiety. I have nightmares about being late!

Her "office" is in an apartment complex. I find her door and walk in. She's sitting there at a desk eating a sandwich and talking on the phone.

It's her lunch break and she's making collection calls. I heard one caller hang up on her over $34.00 that their insurance didn't pay.

She asks to make a copy of my insurance card. I decline.

Going through my insurance gives me anxiety. (I have an absurdly high deductible so the visit won't be covered anyway. Also, my provider is based in another state, so I don't want to get dropped by filing out of state claims). I prefer to just pay in cash.

We're off to a great start. 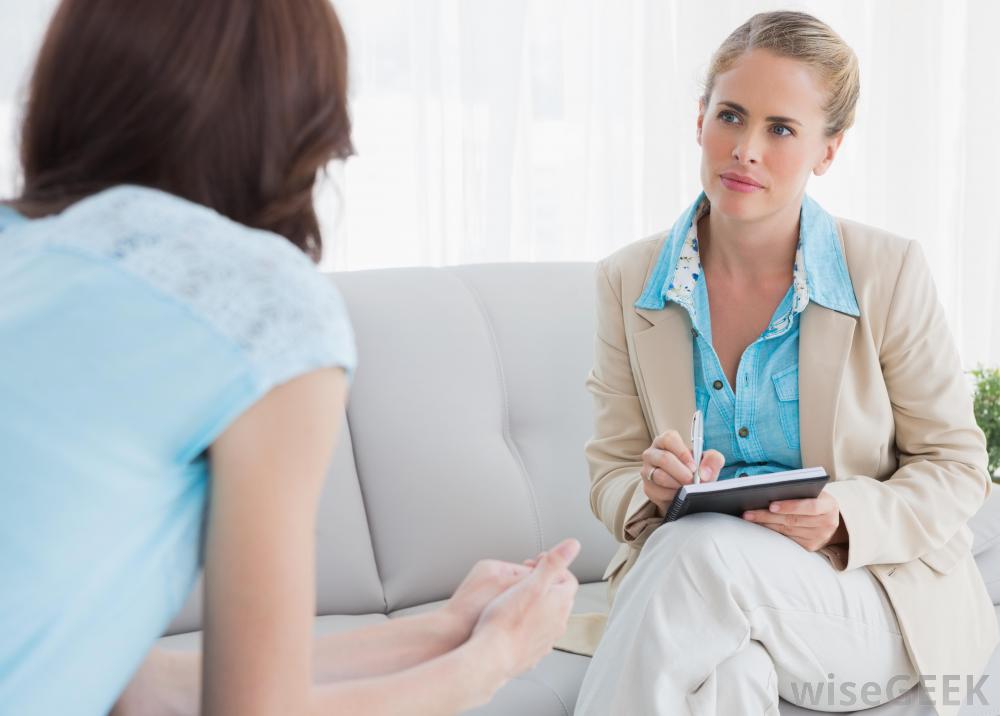 So, during my initial intake we manage to hit on nearly every minefield in my life.

She makes little comments like, "that's weird", "no wonder you have anxiety", "pshh" noises, and asks "why have you never gotten help before?"

Urgh. Because I have anxiety!

As we're wrapping up she says that scratching is the least of my issues and I should expect to come in 2 or 3 times a week for at least 6 months.

As I am checking out I tell her to reschedule me for the next day because I just want to get this over with.

Her face lights up. (Remember her earlier collection calls...) 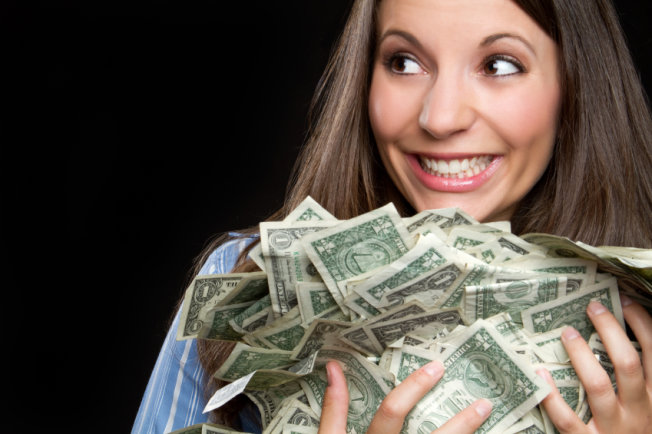 As she's walking me out the door she mentions that I may need anti-depressants and something about OCD.

What the fuck? I've only been here for an hour! AND, you said no wonder I have anxiety!! Why are you trying to drug me already?! It's not like I have a chemical imbalance. I have valid reasons for what I'm going through. You could barely believe them yourself!

I was instantly triggered and pissed off that I had already scheduled another appointment.

Drugs are not the solution. I want to unravel the underlying issues goddammit. Plus, this is only day 1!

Last Day at the Psychologist

As I pull into her parking lot the next day, I notice that there is a Mustang sitting on cinder blocks with no tires in the spot I had parked in the day before.

So as I'm sitting in her waiting room, my eyes are glued out the window keeping an eye on my car because I just bought new tires!

My second visit starts off with me getting annoyed really fast.

The psychologist wants to go over a relaxation technique (as if I've never tried this before). She wants me to create a happy place in my mind that I can go to when I get anxious.

In an effort to drop a hint to her that I'm already familiar with this process, I describe the happy place I used to go to while I was in law school. As in hint, hint, I've done this before so maybe we could use this time to try something else.

She asks me what mode of transportation I want to use to get to my happy place she says I can walk, drive, take a magic carpet, fly on a cloud, etc.

I tell her that I want to apparate.

She doesn't know what that means.

She asks me if I'm familiar with hypnosis.

I tell her yes and that I've had a past life regression which required hypnosis. (You can read about that here.)

She balks and seems to get triggered by what I've told here. "Well I'm not doing that," she said. "Where did you have this done? No one on Earth can prove the existence of past lives so I don't know what they told you but it can't be proved."

Uhh, "they" didn't tell me anything -- I told my hypnotist what I was seeing, and I experienced the proof for myself so...

I was pretty put off by her response so I didn't actually respond. I know when there's no sense in arguing. She's definitely old school on old programming, old thinking, old, old, old.

I was surprised by her reaction though because being a psychologist, I thought she'd be familiar with best selling author Dr. Brian Weiss' work.

The next thing I know, I shit you not, she's asking me to lie down on her couch while she makes me a "hypnosis" CD.

I went to therapy years ago when my best friend died and never did I lay down on a couch. There wasn't even a couch. I thought they only did that in the movies! Oh. My. God. 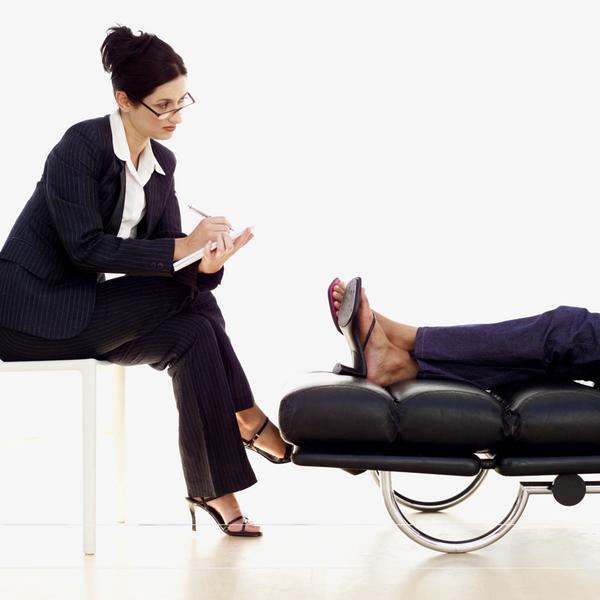 As she's trying to take me to my happy place, I start crying. I was crying because I couldn't believe my life had come to this - literally lying on the couch of a psychologist's office.

I'm crying because I already have an entire dresser drawer full of meditation CD's not to mention all the digital ones I own as well.

When it was over she said, "I hope those are good tears."

I didn't answer. I'm kicking myself for not. I hate this. 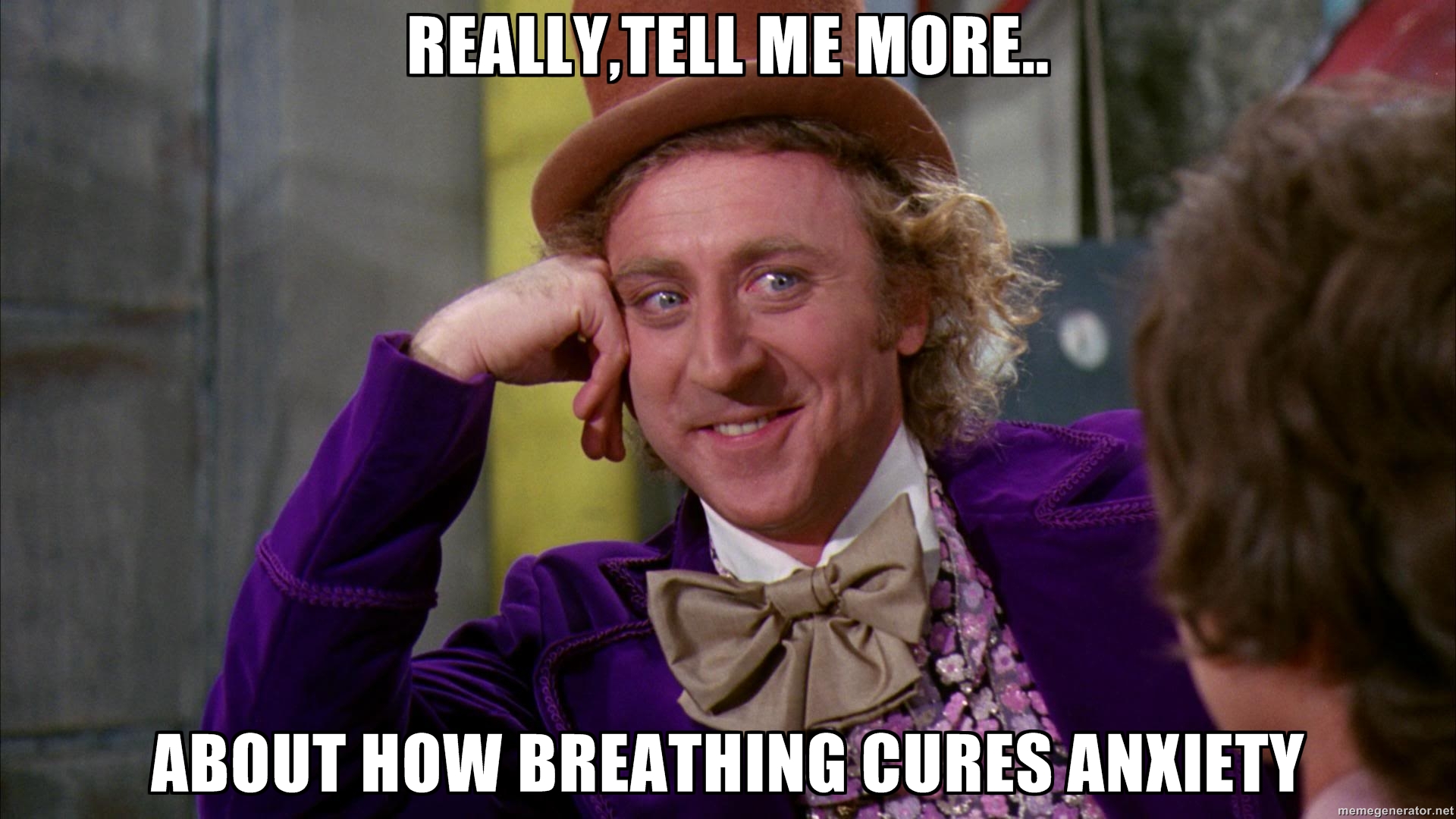 She schedules me to come back in the next week.

I already know that I won't be coming back. I don't say anything. I just want out of there.

I cry all the way home.

I wait until Sunday afternoon to call her office and cancel my appointment so I can just leave a message but she fucking answers the phone!

I panic and immediately hang up and block her number on my iPhone. Holy shit. I can't even deal. I start going into full on meltdown mode.

I call my mom, who's having crowns put in the next day, and ask if she will please call and cancel my appointment for me when she gets home because I can't do it and there's a $100 no show fee.

After having her mouth pried open for four and a half hours she calls and cancels for me.

Hey, what would you expect from someone who's riddled with anxiety?

You can't blame a crazy girl for being crazy!