Indigos in a Nutshell

There is a story from Oprah's upbringing that perfectly illustrates what it means to be Indigo in a nutshell. 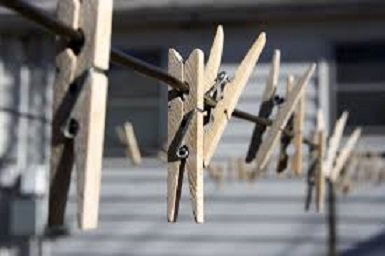 Oprah grew up in Mississippi living with her grandmother, that worked as a maid.

Given the time and place in history, it was Oprah's grandmothers expectation that Oprah too would become a maid and began grooming her at a very young age.

Oprah recalls a vivid memory of her grandmother hanging clothes on a clothesline telling Oprah to watch carefully because she would have to do this for herself one day.

Oprah remembers knowing deep down to her core that this was not going to be her life.

She believed that no matter what, there was something bigger, greater, more in life for her.

She had no way of knowing how it would manifest.

How could she know she would end up on television when at the time there was no one that looked like her on TV? That wasn't even a possibility.

Oprah was just always aware of the fact that there was something more in life for her though she had no idea what it was.

Her plan was to feel her way through life to figure out what felt right for her.

She knew her path wasn't going to be what everyone else told her it was going to be.

And that my friends, is the very essence of an Indigo.

Being Indigo in a nutshell, is knowing that there is something more for you, and listening to, and following that knowing, to see where it takes you.

This is also the core frustration of every Indigo's life.

Knowing there is something greater for us and not having any clue as to what it is - we just know what it's not.

What it is not is: being expected to take the traditional course of going to high school then college so we can be manufactured into a debt-ridden zombie worker working 9-5 for an unlivable wage until we die making no difference in the world, just being a cog in the machine designed to control us.

Just like Oprah's grandmother, our own families often can't see past the only life that they have ever known. They don't even realize it's possible to opt out of being a cog.

They harp on us to pick a path already and find some direction or just get any job! Just get in line and comply!

How can we when we are here to create something that doesn't even exist yet?

It's not that simple. We are breaking new ground.

It's going to take time. There will be a lot of trial and error, false starts and even failure. We need patience, understanding and support.

We have enough pressure.

We are physically incapable of listening to others and adhering to their expectations. Just let us figure this out.

When we finally get it figured out, we too will be helping people live a better life.