The comments ranged from beautiful, brave, inspiring, and a great example for society.

Today, I find my Facebook feed covered in posts ridiculing and slamming her photo shoot. Very cruel. There's a great number of people scoffing at the notion that Caitlyn Jenner is brave by comparing true bravery only to that of a military soldier.

Okay, that's kind of a huge leap, I know. This is the type of error in reasoning that renders the argument complete nonsense that no doubt started in some dimly lit cubicle over at Fox.

But hey this is what they get paid to do - create outrage. It's their whole business model. They paint themselves the superior puritans in this made up culture war. You're either with them or you're on the side of liberal socialist elites. God forbid.

People want to belong, so they pick a side. Who doesn't want to be on the popular team?

That's why they turn a blind eye to bullying and putting other people down -- because they don't want to be the ones that are put down.

It's understandable, but it's also very kindergarten.

Being Yourself Is Brave. Period.

Whether you are a soldier or an attention whore, there is no greater challenge than being your authentic self.

It is utterly petrifying to stand up and say this is who I am. Especially so when who you are doesn't fit the mold of what is normal or acceptable to society and the powers that be.

Funny how all the people making posts that criticize the notion of Caitlyn Jenner being brave for exposing her true self to the world are the ones that are merely playing characters themselves.

I realize that Caitlyn Jenner is receiving a lot of disdain and ridicule purely due to the fact she is part of the Kardashian clan. Understandable, but these people are missing the point.

The trans community is a minority. They have always been a part of the "not belonging club." Now they have a public figure that represents them. A champion.

This creates a new found sense of belonging to let them know they are not alone. This brings attention to the many challenges that they face.

People fear what they do not understand. People that don't have a black friend, or a gay friend, or an immigrant friend tend to be very unsympathetic towards those groups of people. Now everyone can say they know a transgender person.

This should be celebrated.

There are so many souls who long to find the recognition of themselves in someone else. A role model, a guide, someone who is like them that succeeds in life.

Being yourself is hard.

Being like everyone else is easier - you don't have to worry where you should be, what to do with your life, what your beliefs are, or who you should be -- you know, kind of like a soldier.

Playing devil's advocate here, what is braver: being yourself or being who you are told to be?

But seriously, it's time to quit engaging in this divisiveness and have the awareness to recognize it when it comes up and not play the game.

We're in this together. We need to root for one another.

Now that is brave. 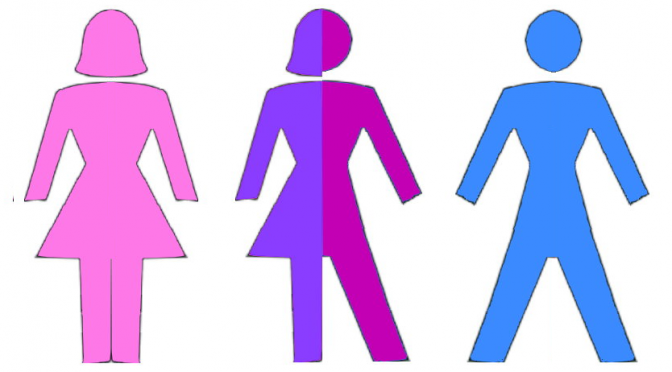